This interview produced and directed by Christian Aubry (camera: Laurent Maisonnave) was published on Nov. 17, 2007, on Intruders TV Canada, a vlog that has been shut off as of March, 2009.

Clearly fearing for their wallets a growing number of artistic and industrial groups in Canada would like the Internet to be regulated as radio and TV, and Canadian content to be « prioritized » (c.f. Michael Geist). With a quarter of a million pages viewed per month, however, Casey McKinnon and Rudy Jahchan from the Galacticast weekly parody video show do not really agree.

In fact, they devoted a very serious presentation at the latest BarCampMontreal to disqualify the idea of enforcing « CanCon » (Canadian Content) regulations on the Internet. In the interview they also explained their feelings as new media artists regarding the traditional media industry.

Who said there’s a cultural divide out there? 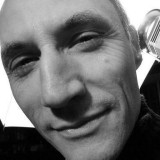